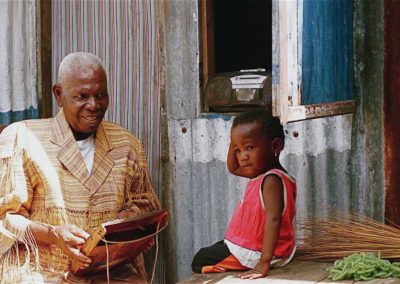 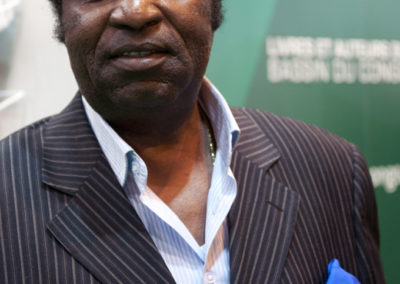 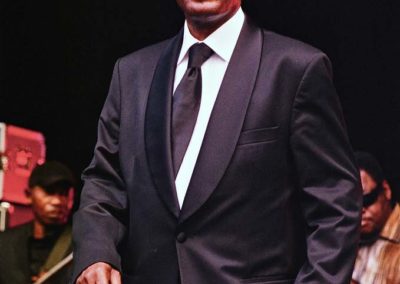 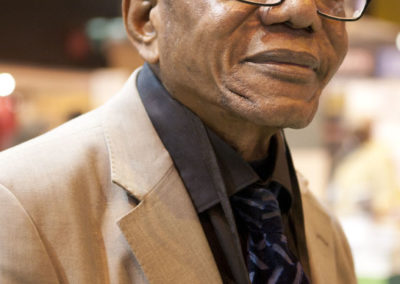 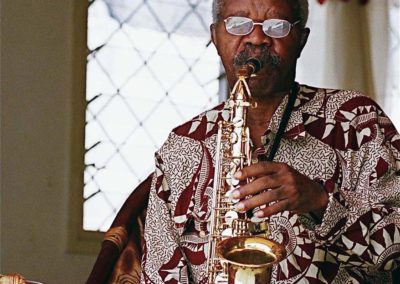 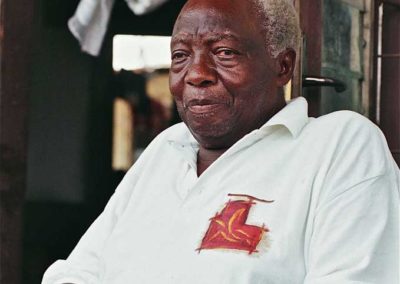 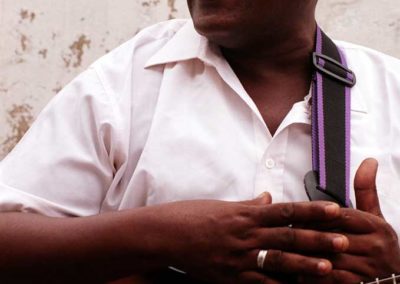 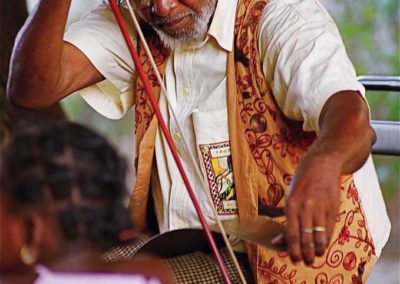 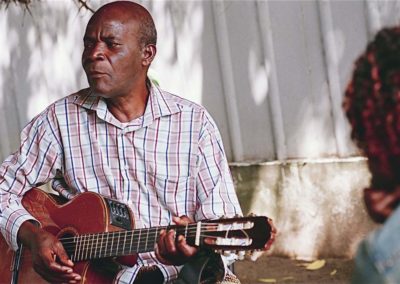 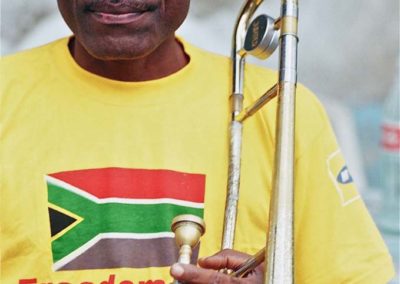 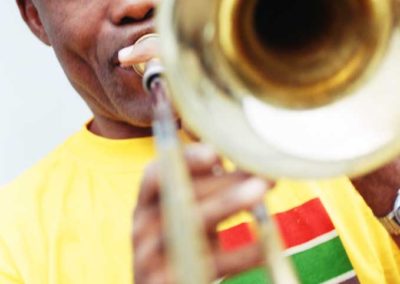 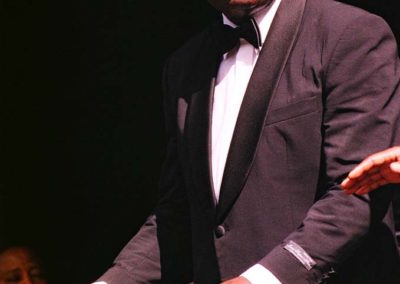 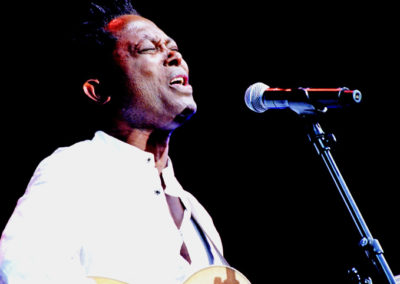 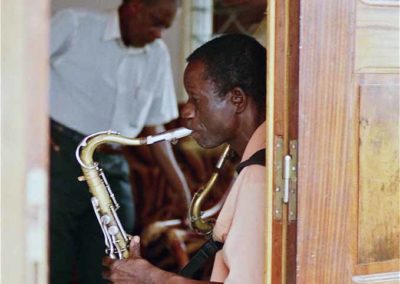 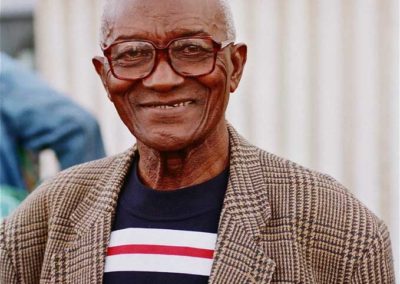 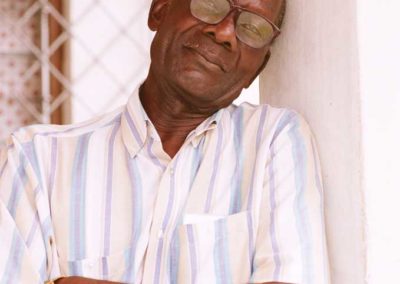 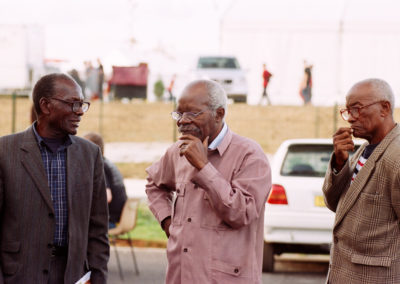 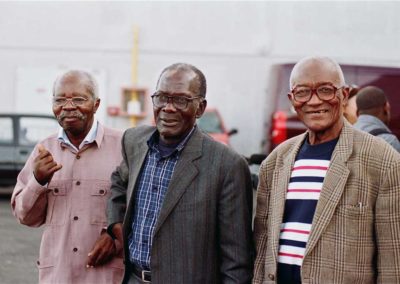 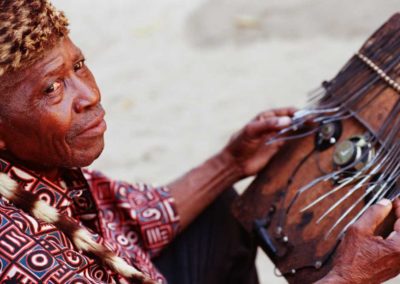 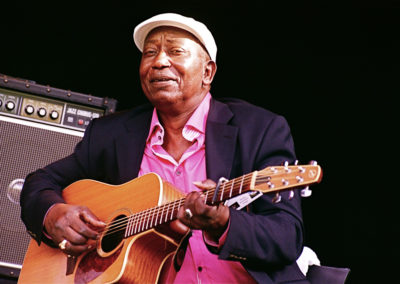 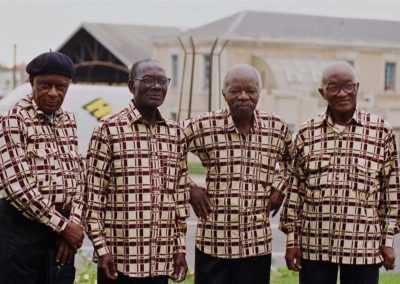 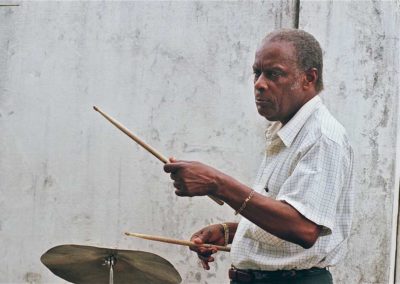 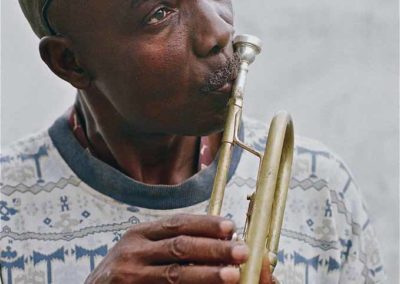 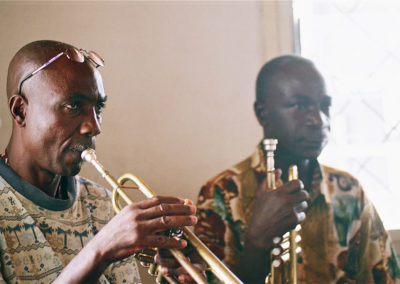 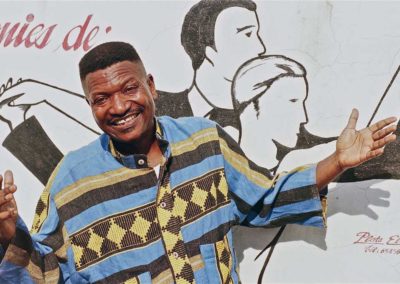 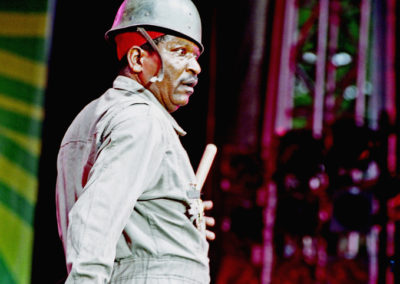 When I arrived in Brazzaville in 2007, I remember Manu Dibango was also in town. He was playing with local artists. I therefore, decided to look for them. Information taken, a friend photographer drove me to their place.
They have been animating Brazzaville evenings since the 1950s. They are oned we should call the “Old Schools” in Lingala “bakolo”. Hence the title of this series, BAKOLO RUMBA.

“It was in the 50s that the Congolese rumba was born. The Rumba is the equivalent of festive music and festive atmosphere in Europe, is a musical memory of the people on both sides of the Congo River. As writer Sylvain Bemba reminds us: “the rumba will regulate the breathing of this continent from the end of the fifties to the present day”. From Kinshasa to Brazzaville, on each bank of the Congo River, rumba permeates the lives of Zairians and Congolese where, from dinning room to dance hall, from orchestral sound, “everyone comes to twist their neck in the aftermath Humor and beer “. The songs tell their story and echo the life of city dwellers day by day. Some titles have sung the birth of modern Africa, such as Joseph KABASELLE’s famous “Cha Cha Independence” in 1960. ”
Some names of the founding fathers of the rumba:
Antoine Moundanda, Leon Fylla, TPOK Jazz, Franco, Tabu Ley Tochereau, Papa Noël, Sam Mangwana, Wendo Kolosy, Essous, Jacques Loubelo, Zao, Papa Kourand.