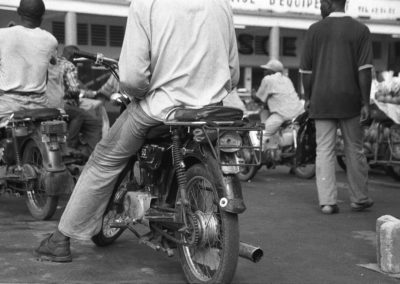 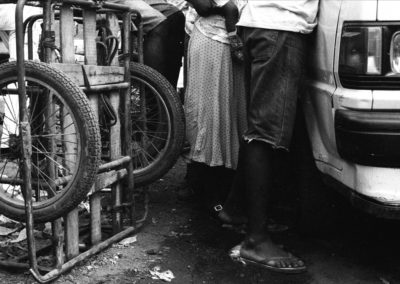 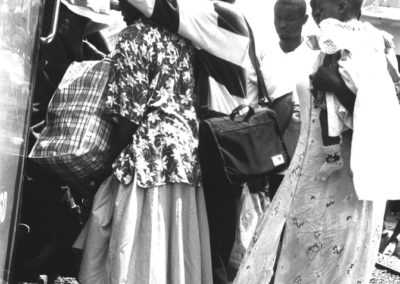 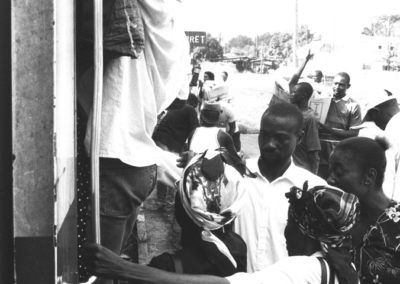 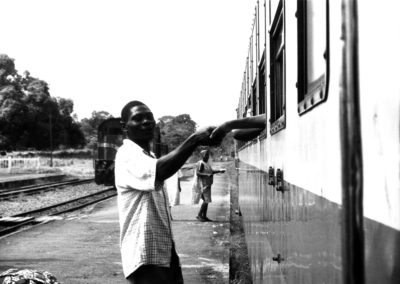 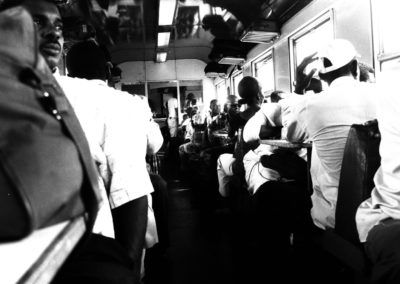 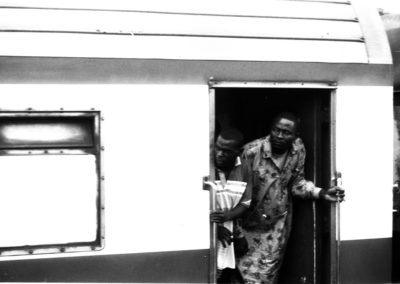 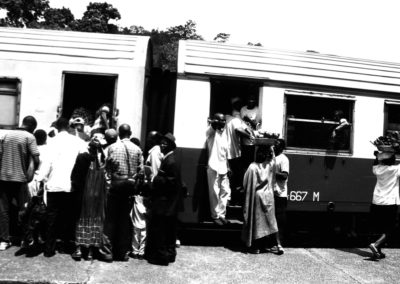 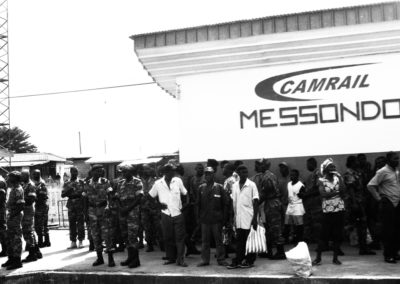 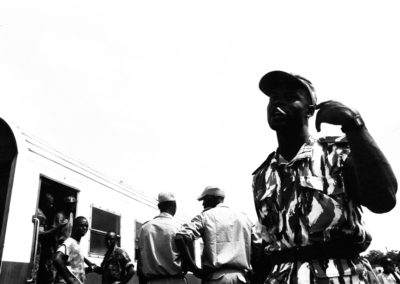 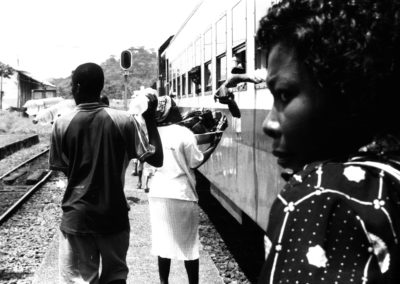 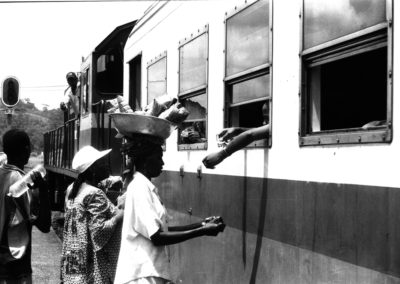 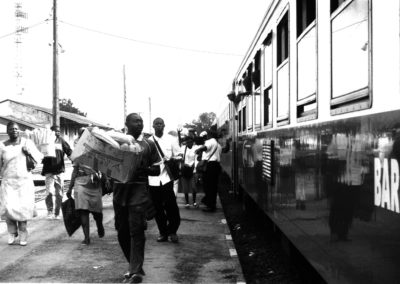 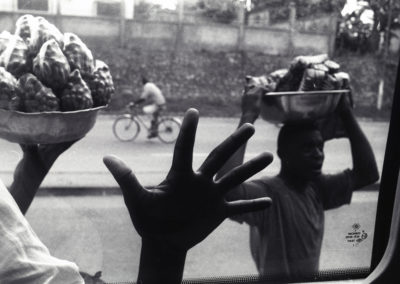 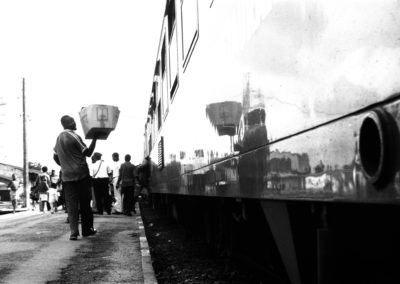 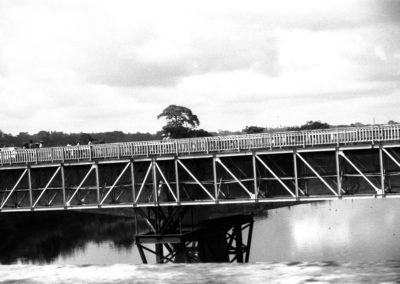 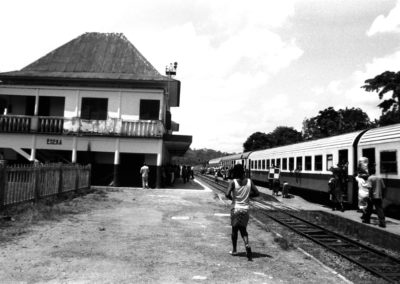 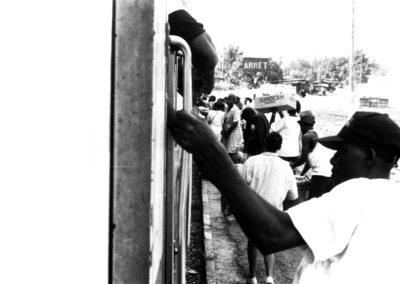 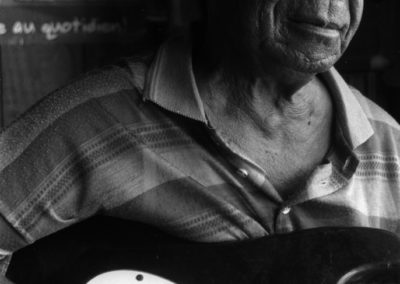 Douala, May 15th, 2003. It’s 7:00 am when I arrive at Béssengè trains station . The departure of the train is set at 07:15AM. In the parking lot of the station, soldiers are gathered. With information taken, they are going to Yaounde in view of the May 20th parade, national holiday of Cameroon. In the hall of the station, only two wickets are open. The queue is long and the service is fast. The ticket-sellers sell tickets and enter the names of the passengers on a list. The price of the trip, 2300 francs cfa. The presence of the military makes everybody nervous. The train is delayed, the passengers are impatient. They have been queuing for more than an hour. The gate of the grid that leads to the quays is closed. The passengers and agents of the Camrail are bickering. No one knows when the gates will be opened or when the train will leave.
When the grid opens, the passengers rush to the cars of the train. Within seconds, all seats are occupied. I would travel upright. The military occupy a special wagon. Still no information, and already half an hour late. Travelers are used to it, no one complains. The heat is stifling. The smells of sweating mingle with those of food (fish, mitumba, honey …) Women are numerous. Some carry children, they bring goods from town to village; Others have just visited a member of their family.

At 08:30, the train finally starts. Everyone is surprised by a sudden jolt. The locomotive picks up speed over kilometers. I am amazed that there is only one way. Since the railway company has existed, there has always been talk of a second track, never built. I learn that accidents are rare, but sometimes they happen. The Douala and Yaoundé trains depart at the same time and meet at a well-defined station to cross the road. The first one is waiting for the other. This system is not infallible, accidents have occurred. Still, no effort has been made to change the situation. Successive governments put hundreds of passengers in danger every day. I say to myself that this is the image of the country. After several stops, travelers comments, a passage from the ticket controller and a wait of more than an hour at Messondo, the train finally arrives at Eséka. It’s 13:00. The sun above my head shines with all its rays. I have the impression that it is 45 °c. A few “ben sikin” linger in search of a passenger descended from the train. There is no taxi here.